Tiss hosts an episode full of weird psychedelic stories and ideas.
We talk DMT, synaesthesia, meditation, the evolutionary, religious and extraterrestrial possibilities of mushrooms, and listen to some Terence McKenna.
Does something exist if there is no observer?
Also, Ghost Story of the Week as usual.

We talked a little about singing beings or objects into existence.
The three books mentioned were –

Tiss – The Silmarillion, J.R.R. Tolkien
Bob – Final Crisis, Grant Morrison
(it’s a tough read unless you have some prior DC comics knowledge, and even then it’s a tough read)
Beef – Genesis, (from The Holy Bible)

(pretty varied reading!)
John M. Allegro –
The religious mushroom guy.
The video we watched that showed mushrom iconography within religious images –
https://www.youtube.com/watch?v=Es5yBwOrLS0
The book all about it is called – The Sacred Mushroom And The Cross. 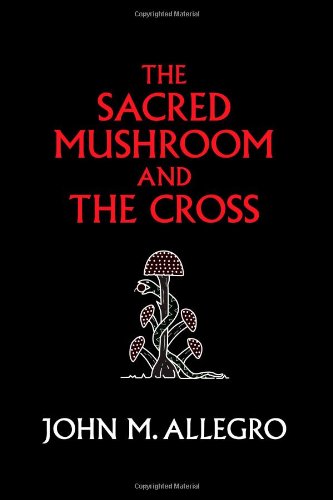 Terence McKenna –
We listened to a few interesting clips on the show from his talks, if you have further interest, there are lots of Terence McKenna talks to be found on YouTube, including the 10 Hour ‘Tree of Knowledge’ lecture.
https://www.youtube.com/results?q=Terence+mckenna+talks
Enjoy!
Films –
Tiss also recommends the following 2 documentaries
(both are available on Netflix) –
Neurons To Nirvana
and
Ayahuasca: Vine Of The Soul
trailers-